Water in Desert Story There once upon a time lived a family named Vaishya. A boy named Bodhistva was born in the family. The family had flour job. They made flour by grinding wheat and sold it to other towns. When Bodhistva got older enough, he began to help the family business. Even, he sometimes went to other tows to make trade flour.

One day Bodhistva set out for a business trip along with other five hundred merchants and businessmen. They were travelling with carts that were pulled by bulls. They all made a convoy and followed a leader cart.

The convoy went through mountains and hills and reached a desert. The only landscape was sandy hills. It was too difficult to travel in the desert because of the hot sun. They all felt exhausted.

The leader realized this and said, “Let’s have a break here until evening. We can continue our journey in the evening. Then it will be easy to travel in cool weather.”

The convoy stopped in the middle of the desert. They parked their cars. They gave straw and water to the bulls. Then, they began to rest.

The sun went down, and it was evening. The leader of the convoy told others, “The city is close. Get ready! We can arrive the city until morning.”

All the businessmen and merchants got ready. They started their journey by following each other. Not to carry too much weight, they emptied all the water. They were thinking of reaching the city soon.

They were following each other closely and the chief was leading them. It was too dark, and they continued travelling without knowing the direction.

When the light first appeared in the sky, they noticed the had lost the right direction. They had no choice to return the point they rested.

They were hopelessly searching the spot, but the sun was getting hotter and hotter. At last, they found the spot where they had a break. Since they emptied all the water, they desperately looked for water as they got very thirsty. They parked their cars. They were so thirsty that they were dying for water.

Bodhistva decided to look for water. He was planning to find water by digging the sand. He was determined to find water. He began to search a sign that would imply possible water. After a while, he saw some cactus. He thought that the cactus couldn’t grow without underground water. Then, he asked one of the cart drivers to dig under the cactuses, “We should dig this spot. It is likely to find water here.”

The driver began to dig the spot. After a while, his spade hit a rock. He couldn’t dig anymore and said, “There is a rock here!”

After hearing the driver’s voice, Bodhistva went down in the hole and checked out the rock. He leaned on the rock and listened to the sounds coming behind it. He could hear the water streaming behind it.

He got out of the pit and told his friends, “we are going to die of thirst unless we do something. I heard the water. If we can break the rock, it is certain that we will get water. We should be brave and have willpower. We must try again.” However, no one was willing to do this. They were so tired and thirsty. Seeing this, Bodhistva was disappointed.

Suddenly, one of the young men came forward and took the spade. He went down in the pit. He started to hit the rock with his all power. He managed to break the rock. Sweet cold water came up. The people gathered around the pit and started to dance. All drank water to quench their thirst. They thanked Bodhistva for his courage. The convoy continued travelling and reached the city. The courage and determination of Bodhistva saved the lives of five hundred men. Besides, the water coming up became a spot where the travellers could rest and drink water. Determination, courage and willpower lead to success. 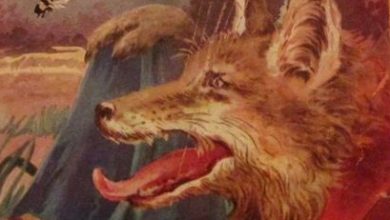 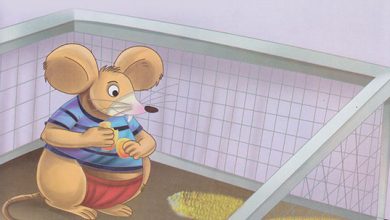 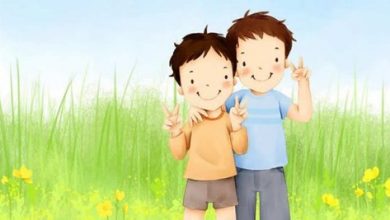 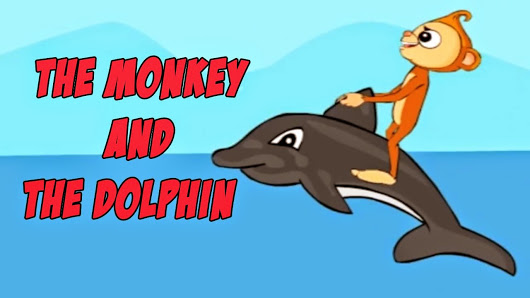 The Monkey and the Dolphin